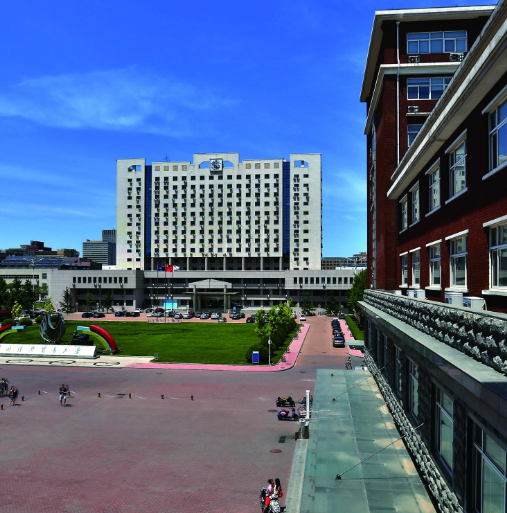 Sources of Law in Hong Kong

Nature of the Basic Law

The Basic Law of the HKSAR was enacted by the National People’s Congress in accordance with the Constitution of the People’s Republic of China. It is akin to a mini-constitution for the HKSAR. It was promulgated on 4 April 1990 and took effect on 1 July 1997 on the establishment of the HKSAR. All the systems and policies practiced in the HKSAR must be based on the provisions of the Basic Law. These include the social and economic systems; the system for safeguarding the fundamental rights and freedoms of its residents; the executive, legislative and judicial systems; and the relevant policies. Furthermore, no law enacted by the legislature of the HKSAR may contravene the Basic Law.

The most prominent feature of the Basic Law is the underlying principle of “one country, two systems” whereby the socialist system and policies shall not be practiced in the HKSAR, and the previous capitalist system and way of life is to remain unchanged for 50 years.

Under the Basic Law, all the laws previously in force in Hong Kong (that is, the common law, rules of equity, ordinances, subordinate legislation and customary law) shall be maintained, except for any that contravene the Basic Law and subject to any amendment by the HKSAR legislature. National laws of the People’s Republic of China shall not be applied in the HKSAR except for a number of such laws relating to defence and foreign affairs which are listed in Annex Ⅲ to the Basic Law.

Relationship between the Central Authorities and the HKSAR

The political structure of the HKSAR

The main powers and functions of the Government of the HKSAR (which is headed by the Chief Executive) include the formulation and implementation of policies, the conduct of administrative affairs and the drawing up and introduction of budgets and legislation.

The common law and the rules of equity

Common law and the rules of equity are to be found primarily in the judgments of the superior courts in Hong Kong and other common law jurisdictions. In historical terms, reports of judgments handed down by judges have, since at least the 15th century, established in detail the legal principles regulating the relationship between state and citizen, and between citizen and citizen. There are now some hundreds of thousands of reported cases in common law jurisdictions which comprise the common law. The rights relating to freedom of speech, freedom of assembly, and freedom from arbitrary arrest or imprisonment have been spelt out in cases which were decided more than three centuries ago. As we have seen, these have now been underpinned by provisions in the Basic Law.

The vast majority of statute law in force in Hong Kong is made locally and contained in the laws of Hong Kong. A great deal of legislation is made under delegated powers. This is called subsidiary legislation. For example, an ordinance may delegate to the Chief Executive in Council (the Chief Executive with the advice of the Executive Council) the power to make regulations to deal with the details of the implementation of a legislative scheme.

Over 200 international treaties and agreements have been applied to Hong Kong. A treatly does not constitute part of Hong Kong’s domestic law until given effect by legislation. Nonetheless, it may affect the development of the common law. It may, for example, be resorted to by a court as an aid to interpretation. The rapidly developing rules of customary international law can also become absorbed into the common law.

The Rule of Law

The “rule of law” refers to some of the fundamental principles of law that govern the way in which power is exercised in Hong Kong. The rule of law has several different meanings and corollaries. Its principal meaning is that the power of the Government and all of its servants shall be derived from law as expressed in legislation and the judicial decisions made by independent courts. At the heart of Hong Kong’s system of government lies the principle that no one, including the Chief Executive, can do an act which would otherwise constitute a legal wrong or affect a person’s liberty unless he can point to a legal justification for that action. If he cannot do so, the affected person can resort to a court which may rule that act is invalid and of no legal effect. Compensation may be ordered in the affected person’s favor. This aspect of the rule of law is referred to as the principle of legality.

One corollary of the principle of legality can be summarised as equality before the law. It is fundamental that all persons, regardless of race, rank, politics or religion, are subject to the laws of the land. Further, the rule of law requires that the courts are independent of the Executive. This independence is crucial if impartial rulings are to be given when the legality of acts of government falls to be decided.

Legality and equality before the law are two fundamental facets of the “rule of law”. But the principle demands something more, otherwise it would be satisfied by giving the government unrestricted discretionary powers. A further meaning of the rule of law, therefore, is to be found in a system of rules which restrict discretionary power. To this end the courts have developed a set of guidelines aimed at ensuring that statutory powers are not used in ways which the legislature did not intend. These guidelines relate to both the substance and the procedures relating to the exercise of executive power. An example of the former is where a court concludes that a decision which purports to be authorised by a statutory power is plainly unreasonable and cannot have been envisaged by the Legislature. An example of the latter is where a decision has been made without according the party affected the opportunity of being heard in circumstances where the legislature must have envisaged that such an opportunity would have been given. In both cases a court would hold that the decisions were legally invalid.

The Basic Law ensures that the legal system in the HKSAR will continue to give effect to the rule of law, by providing that the laws previously in force in Hong Kong (that is, the common law, rules of equity, ordinances, subordinate legislation and customary law) shall be maintained, save for any that contravene the Basic Law, and subject to subsequent amendment by the HKSAR Legislature.

Arbitration has been a popular method of dispute resolution in the HKSAR for some time. It is governed by the Arbitration Ordinance (Cap 341), which has two distinct regimes – a domestic regime derived from English law and an international regime which includes the UNCITRAL Model Law, the model law drafted by the United Nations Commission on International Trade Law. The Arbitration Ordinance was amended in 1996 to give additional powers to arbitrators to facilitate the fair and speedy resolution of disputes by arbitration without unnecessary expense. They also transfer the power to appoint arbitrators from the courts to the Hong Kong International Arbitration Centre. The Arbitration Ordinance was further amended in January 2000 to give effect to an arrangement made in June 1999 with the Mainland authorities to put in place a mechanism by which awards made in the two jurisdictions would be mutually enforceable in court.

The Hong Kong International Arbitration Centre (HKIAC) was established in 1985 to act as an independent and impartial focus for the development of all forms of dispute resolution in the HKSAR and Asia-Pacific. The HKIAC provides information on dispute resolution and arbitrations both in the HKSAR and overseas. It operates panels of international and local arbitrators, and maintains lists of mediators. The HKIAC's premises are in Exchange Square in Central District, where it provides 10 purpose-built hearing and conference rooms and full support facilities. The number of cases involving the HKIAC has substantially increased in recent years. It is anticipated that there will be a further increase in such cases in the future, not only because of the increased popularity of arbitration and mediation as a means of dispute resolution but also because of the growth of the HKSAR as a regional dispute resolution centre.